Sweet Ari Dean wanted to make an entrance and that he did. Just in case you’re wondering where the name Ari Dean comes from.. We felt God tell us to name him Ari which means lion of God. Dean means in the valley… we live in the valley. So there you go… Lion of God in the valley. Perfect.

The complete opposite of his sister, August. You can read about August’s 46-hour-long terrible labor here. I had always planned for a natural, drug-free childbirth with August, but since her labor was so ridiculously long and she was stuck, I ended up with an epidural (which thankfully came with a nap), and a forceps delivery. This time around, I was really hoping for a healing and redeeming natural birth.

Ari was 10 days late. At this point, we thought he was literally never coming, although his eviction date was set for Tuesday no matter what. During the last month or so of my pregnancy, I thought I was going into labor no less than 5-10 times. Reading up on it, I self-diagnosed myself (thanks, Google) with prodromal labor. I had contractions constantly. Some were just really strong braxton hicks, and others felt like the real deal.

My parents planned to come the week after Ari was born, and so they came the week after his due date without Ari making his appearance yet. We enjoyed their company, went on hikes (trying to encourage little man to come on out), went to the park, and just had fun together, which August thoroughly enjoyed. My dad was only staying until Saturday morning, and unfortunately, Ari decided to hold out until right after he left. We all saw that coming.

Saturday morning, after my dad left for the airport, the day continued as I prayed and prayed that sweet Ari would make his appearance. While August was napping, my mom and I went to Trader Joe’s for the 15th time that week, I talked to a few of the employees there (and one of our friends), and as we turned the corner, I saw my friend, smiled, and felt a gush. Nothing like your water breaking at a public place to make a good story, eh? I’m thankful for the water-wicking yoga pants I was wearing. That was at exactly 1:30 pm. I texted my husband to tell him, “I think my water broke. I’m waiting outside the bathroom to check.” 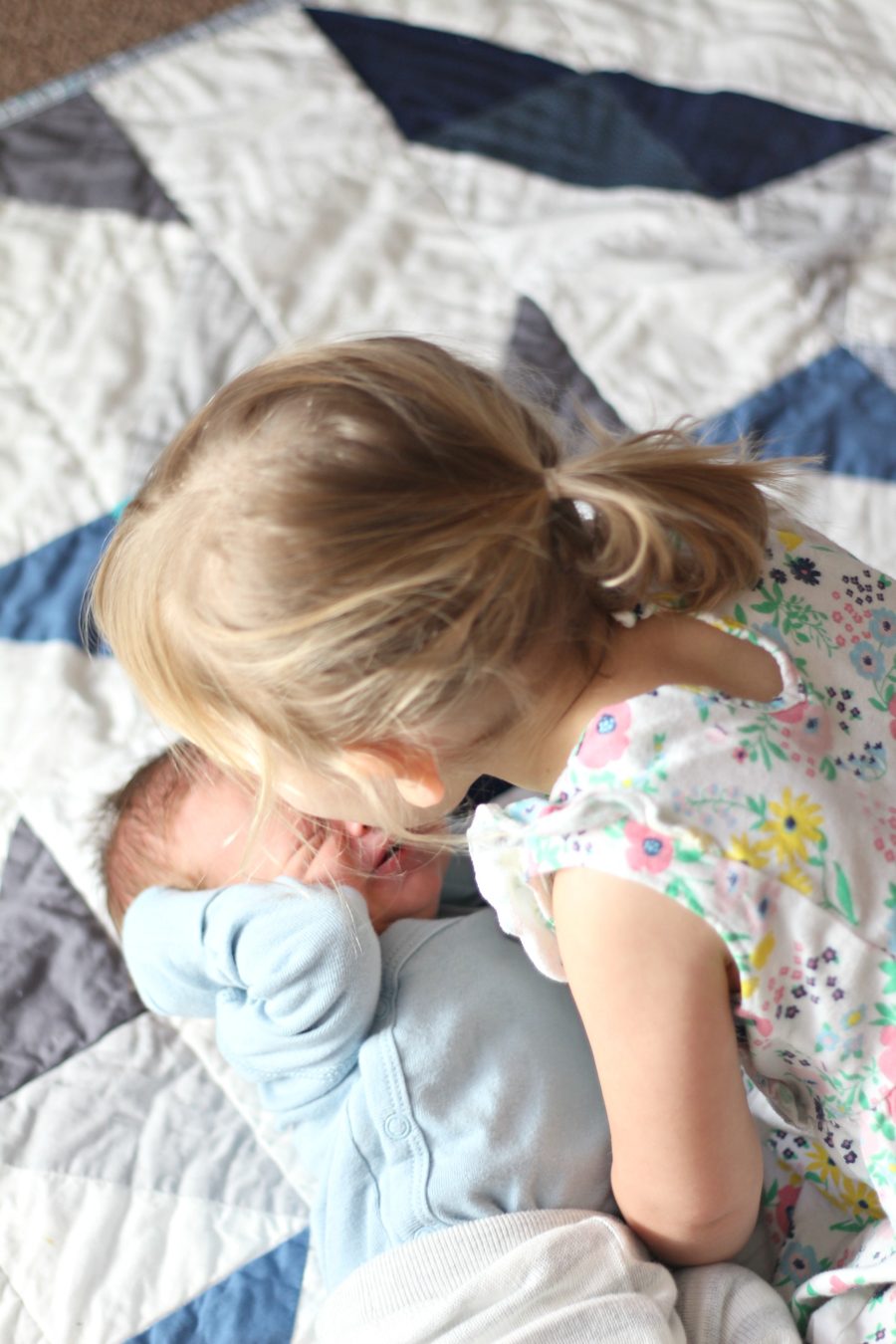 In the bathroom, I realized that my water did for sure break. I tied my sweater around my waist, told my mom, and she hurried up to pay for the groceries. My contractions started 15 minutes after that text to my husband. When we got home, I jumped in the shower and my husband started packing everything into the car. After my shower, I labored on the exercise ball for a bit and was having back labor pain, so my mom or hubby rubbed my lower back during each contraction. Sweet August started rubbing my back and telling me, “It will be okay, Momma. I hope you feel better.” Bless that sweet little girl.

I noticed my contractions were pretty close together, so we decided to head to the hospital around 4ish. It was really all a blur at this point.  By the time we got into the room, changed, and got onto the bed to start laboring, the nurses told me if I felt the urge to push it was okay to do so. Sayyyy what? I kept thinking, “I literally just got here, people, and I’ll probably be in labor for another 20 hours or so.” The midwife came and checked me and I was already a 9. I thought transition was supposed to be the time when you go a little crazy and think you can’t do it anymore… how did I skip that part? Don’t get me wrong, it hurt, but not to the point where I thought I couldn’t do it… yet. So, I laid across the birthing ball and my husband continued to rub my back during each painful contraction. I also got some nitrous oxide, which I’m not totally convinced did anything, but it did help me focus on my breathing and something else besides giving birth, so that’s a plus. It went by so fast that we didn’t even have time to answer all the questions or sign the release for the nitrous. I did jokingly cry out a few times, “It’s too late for an epidural, isn’t it?”

Right as I started pushing, Ari’s heart rate slowed down. They had me lay on my back to put a probe on his head to continue to monitor heart rate. Every time I pushed, his heart rate would drop. The midwife started to get nervous and a bunch of people rushed in (apparently, both my kids want to come into the world with a little drama). The midwife said that if he didn’t come out during the next push, they would have to force him out. So during the next contraction, I pushed with everything I had and continued to push after the contraction was over to get him out. And, thankfully, he came. 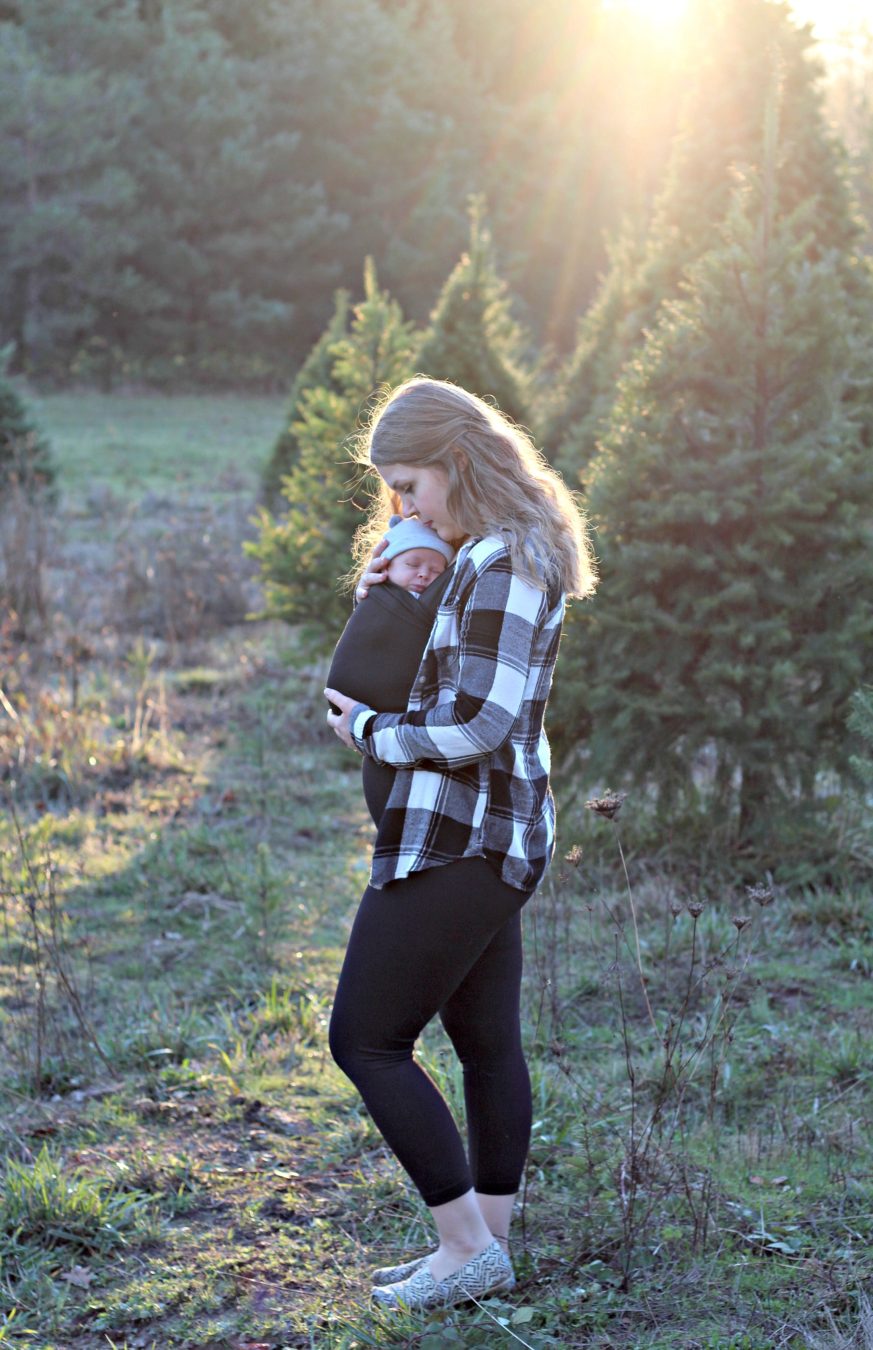 As they laid him on my chest, I was in awe. Such a perfect, tiny baby, and from start to finish, his labor was less than 4.5 hours long. He weighted only 7 lbs 2 oz, but he looked so much like me with a full head of dirty blonde hair, my eyes and nose. We had to stay an extra day at the hospital for monitoring, because they marked him SGA (small for gestational age) as he was only 8th percentile at birth. That label really freaked me out and still weighs heavy on me, as if I did something wrong during my pregnancy to cause it. But he passed all the testing, and with all the reading I’ve done into it, I’m not positive he really was SGA, he may just be small… you know, like myself and his dad are. He really had no hope in being a big guy. Jesus promised a healthy baby boy to my husband in a dream, and I’m clinging to that promise. 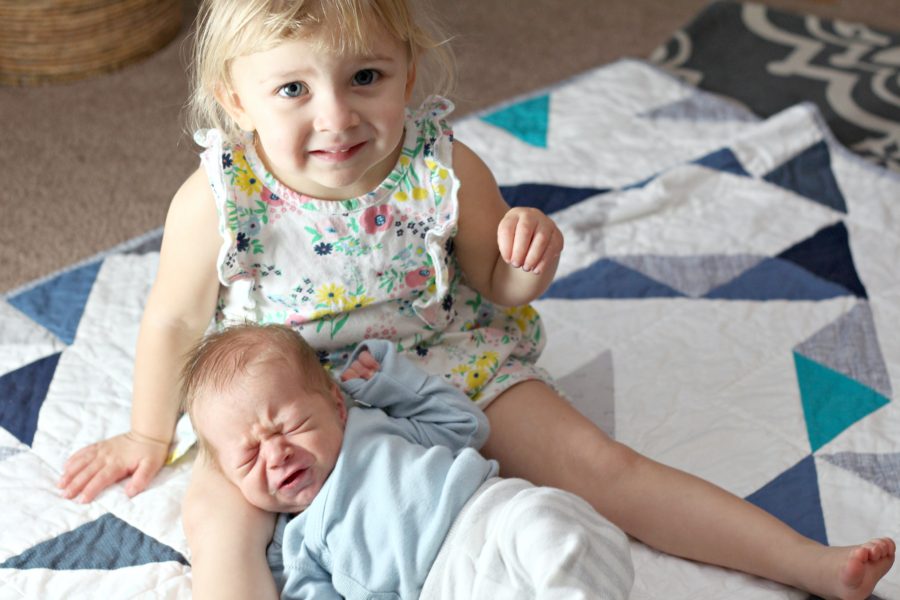 Our transition to a family of four has been pretty smooth so far. August has been having  the hardest time of all. She loves Ari oh-so-much, but her behavior was ornery the first few days after his arrival. Thankfully, most days it has improved.

Healing after a normal childbirth is much easier than the assisted one. I have felt pretty good, and the extra sleep compared to being pregnant has been great. Bear with me as we continue the transition and I figure out how to be a mom of a toddler and a newborn. Lots of coffee helps.