Home » Babies » How To Cloth Diaper a Heavy Wetter
633 shares 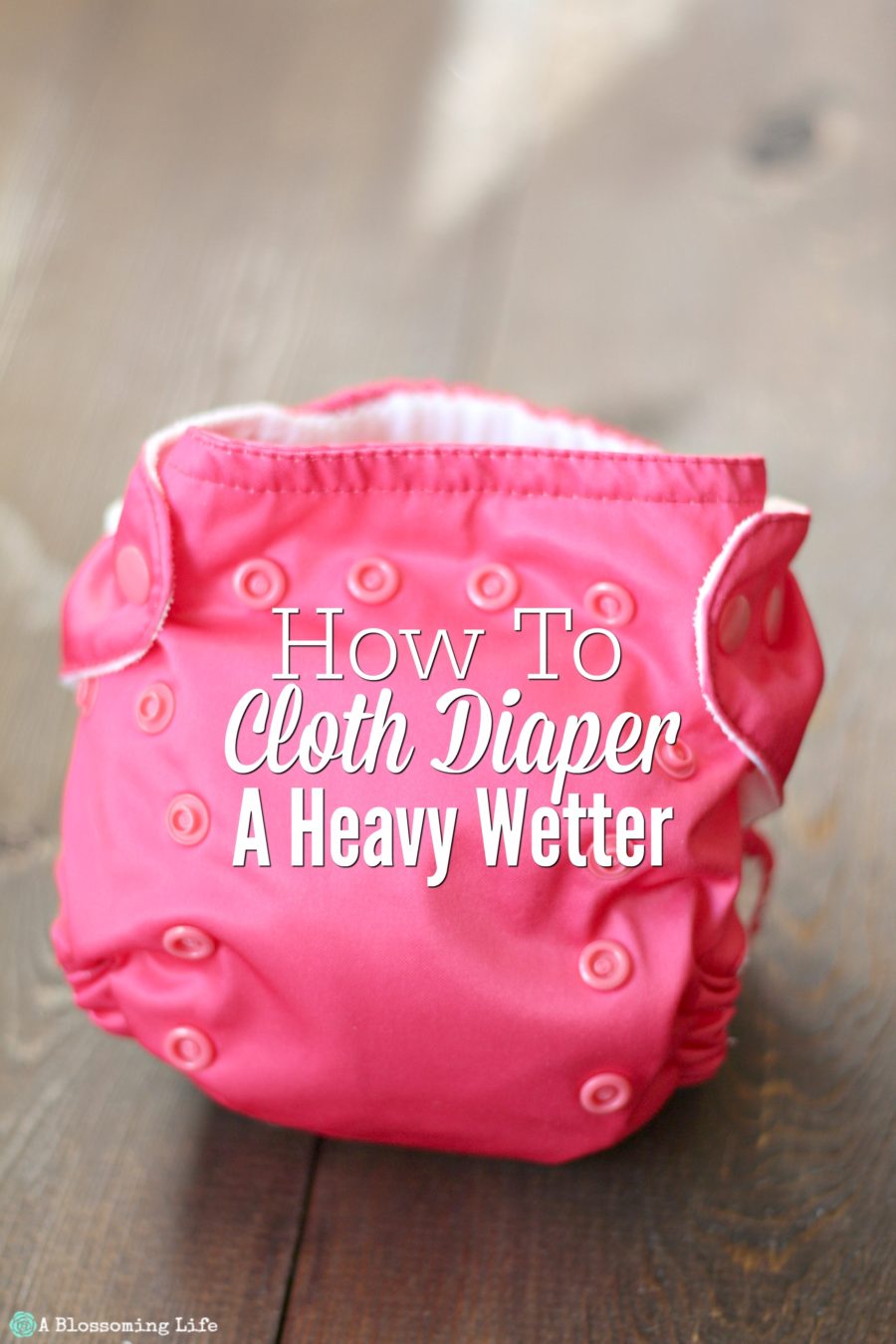 We’ve been cloth diapering since August was one-month-old, and I love it. Unfortunately, once she was about a year old, we started having some major leaking issues. I thought it was an issue with the cloth diaper. I tried everything. They were stripped 500 times and new inserts were purchased, but to no avail. Then, one day, while we were attending a wedding, my husband changed baby girl in the back of the car (totally throwing him under the bus here) and left her diaper-free for a few minutes. Of course, she decided to pee during that time. Who wouldn’t enjoy the freedom to pee without a diaper on? It was at that point I finally figured out the problem. She was a heavy wetter. There was pee pooled in the seat (yeah, I won’t sit in the backseat anymore, even though the car has been detailed). It was all over her dress, all over her legs, it was a really fun time. So, we did what any parent would do… We wiped her down with baby wipes, put her dress on (it was actually only slightly peed on), pretended like nothing happened, and attended the reception.

After that, I continued trying everything to keep her in cloth diapers, but for a while, I gave up (I used these disposables)

. I just couldn’t handle her leaking through every diaper, changing her 500 times per day, and changing her clothes the same amount of times. Until my hubby started to get on to me. You know, the whole cost-saving, saving the environment thing. So, I figured out a way to cloth diaper my super-soaker that didn’t involve changing her every hour.

Other Ways To Help Leak Issues

If you are having issues with leaking but don’t think you have a super-soaker, you can try to strip the diapers and the inserts (according to your diaper manufacturer’s instructions), make sure your inserts/absorbency is in the middle for girls and in the front of the diaper for boys, and that the diaper is fitting correctly (there are no gaps in the legs).

How To Cloth Diaper A Heavy Wetter 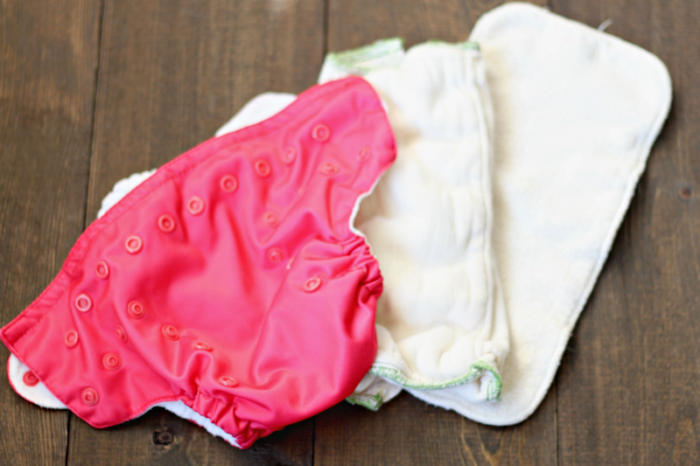 My original diapers came with bamboo-microfiber blend inserts. I tried to double these up, and she peed right through them. Then, I purchased multiple inserts including: cotton pre-folds, bamboo/cotton pre-folds (like this kind)

, and hemp inserts (I use this kind)

. Each one did pretty much nothing to stop this. But, when I added the hemp insert and bamboo pre-fold together… magic.

Hemp and bamboo work best for absorption. Bamboo absorbs rather quickly, while hemp absorbs a lot of liquid, but absorbs it more slowly. My favorite combo is placing the bamboo/cotton pre-fold (folded in 3) on top of the hemp insert and stuffing them in our pocket diaper. Or a lot of times, I stuff the hemp insert into the pocket and lay the folded pre-fold on top. The bamboo pre-fold does a great job with quick absorption, and the hemp is the ultimate absorber, but takes a little longer. They are the perfect pair. Plus, this is a little less bulky. Her butt is still huge, though. Unfortunately, with heavy wetters, you won’t get a nice, thin diaper. You will have to learn to deal with the bulk. All that bulkiness means more absorption. My opinion is that it’s pretty cute. Those big fluffy butts under some jeggings are adorable and comical. Maybe it’s so funny because August is so tiny. 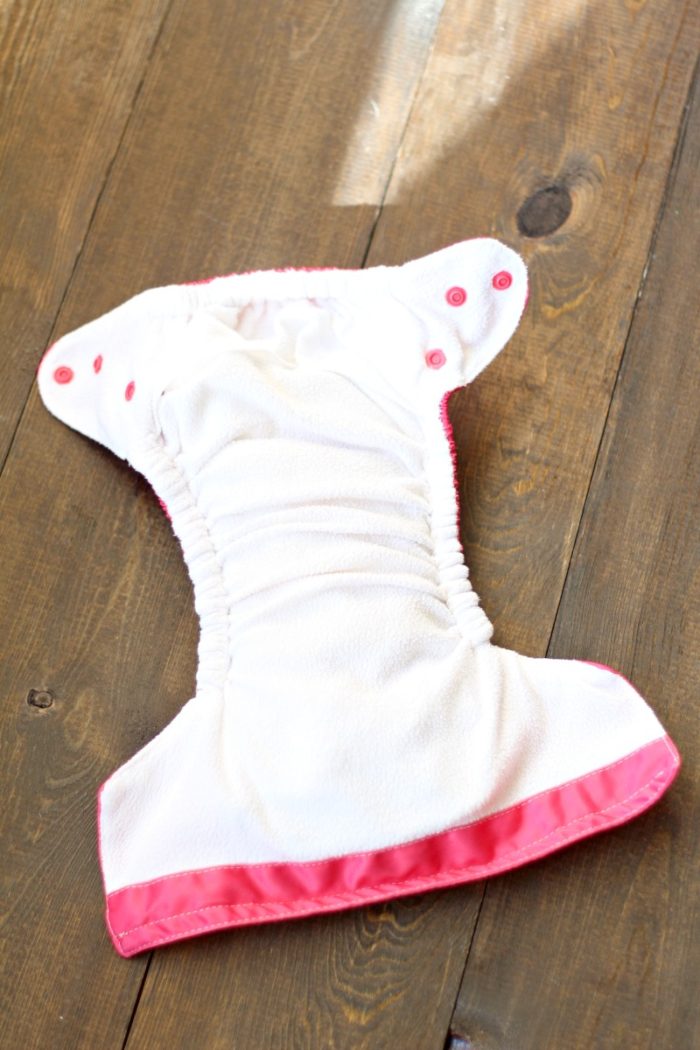 I only have a few hemp inserts, so I will put two bamboo/cotton pre-folds together, which does a pretty darn good job and is definitely the less bulky option. But, I feel more secure doing one hemp insert with the bamboo pre-fold. Too many leaks that I don’t want to relive. You may also be able to use bamboo inserts instead of pre-folds, but I just found what works for us for the best price. I also top my diapers with these

awesome liners. That way I can just toss out the poop rather than use a diaper sprayer. 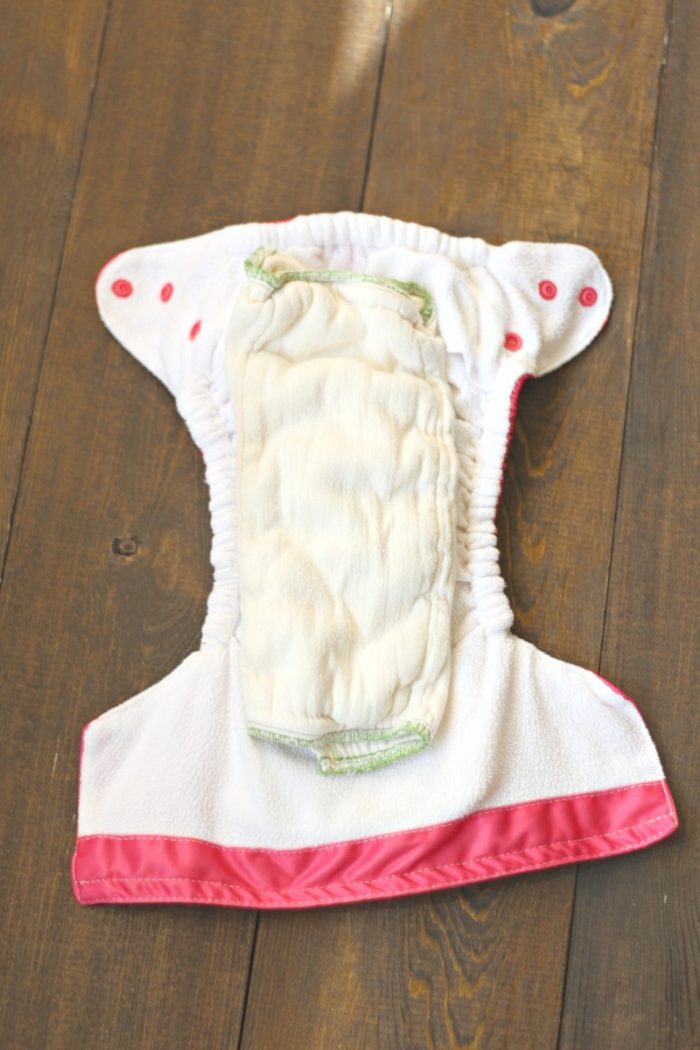 Are you having issues with a heavy wetter? What has worked for you?