This spinach frittata recipe is the perfect breakfast or brunch that your family will love. Fresh baby spinach and caramelized onion gives this frittata a robust flavor. This breakfast is hearty, healthy, and filling. Follow my tips below to make this wonderful family favorite. 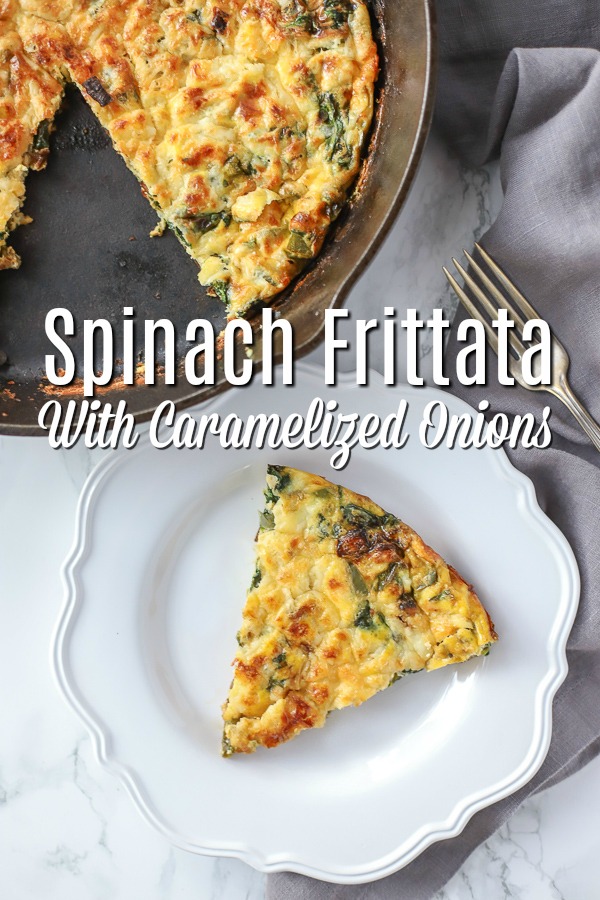 Spinach Frittata so good a 3 year old will eat it…

I love the idea of the simplicity of a frittata. Doesn’t it sounds great? A nice warm breakfast on the weekend before the hustle starts: running around between plans, church, family time, or whatever else we have going on that day.

I like the idea… because in reality, my oldest hates eggs, and even if we give them to her every day, she will refuse to eat them. Trust me, we have tried a million and two times to get her to like them in every way possible. She does find that she likes them in cake and cookies, though. Me too, kid.

I might get that easy, warm weekend breakfast after all, because the flavor of this spinach frittata is so good that she gobbled it right up, and just kept saying “Wow Mom, this is amazing! Gosh, this is tasty!”

That is a total parenting win. One, I’ve taught her to compliment well… but to get your child to try something they don’t like, that is also packed full of healthy veggies, is a serious win. Thankfully, she is pretty willing to try new things and rarely do we have to enforce the one bite rule.

We always want to encourage trying food, so the rule is they have to at least take one bite, and if they don’t like it, then they don’t have to eat it. This has taken a lot of pressure off of everyone, and more than likely, when they try the bite, they love it. Who would have thought? Oh yea, me!

By the way I talk on here, you would think that she is a picky eater. Truth be told, there are only three foods she refuses to eat. Eggs, mushrooms, and yogurt. Although with this berry frozen yogurt, she has changed her opinion. So now with this frittata, I guess it’s only one. Spinach frittata for the win.

The following are affiliate links. We are a participant in the Amazon Services LLC Associates Program, an affiliate advertising program designed to provide a means for us to earn fees by linking to Amazon.com and affiliated sites.

Tools you will need to make this recipe:

Large bowl (this one is my favorite and it goes right into the stand mixer), oven-safe skillet (I use this one), spatula, whisk, cutting board, knife, and liquid measuring cup.

How To Make A Spinach Frittata Step-By-Step 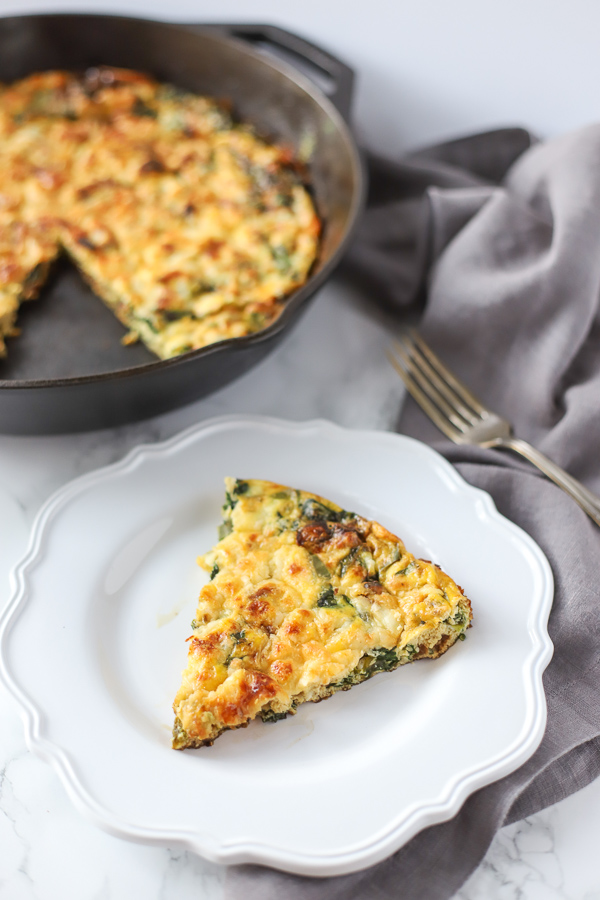 Want some more delicious breakfast ideas? Try some of our favorites! 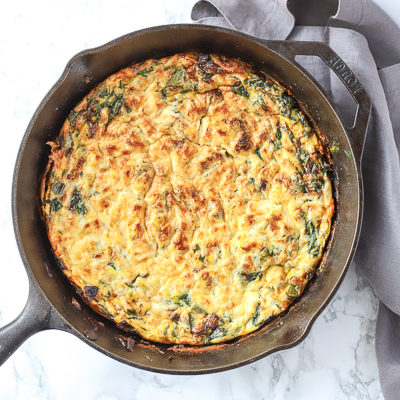 What are your favorite frittata ingredients?